Last week I had to write a very short essay to accompany a job application. I chose to answer the following question: If Mary did not have a little lamb, what type of animal would belong to Mary? Explain your selection.

Cover-ups are nothing new in America. For many years, erroneous information about Mary and her pet has been circulated. The following lines are from the original poem written in 1815:

Mary had a big hippo.
His teeth were white as snow.
And everywhere that Mary went
Hippo was sure to go.

The cover-up of the original poem occurred because Mary was cruel, Mary’s father was very powerful, and residents of the town were afraid of the Mayor.

Mary was very cruel. The child of the original poem’s author was constantly bullied by Mary. The author stated:  “Mary was an egotistical and cruel person just like her father.” Mary realized at an early age that she could use Hippo’s size and her father’s power to intimidate and control the other children and their parents.

Mary’s father was the Mayor of the town, extremely powerful, and protective of his family and friends. He ordered the author to give all copies of the poem to him. The Mayor then ordered the local nursery rhyme company to write and publish a nursery rhyme that painted his daughter as a kind and benevolent child.

Since the town residents were afraid of the powerful Mayor, they turned over all copies of the poem to the Mayor. And, when the nursery rhyme was published, each resident bought a copy.

This was a major cover-up by a political figure. His daughter was cruel, he was powerful, and the town residents were afraid. This cover-up was not in 2012; it began in 1815. Cover-ups have been occurring for many years. 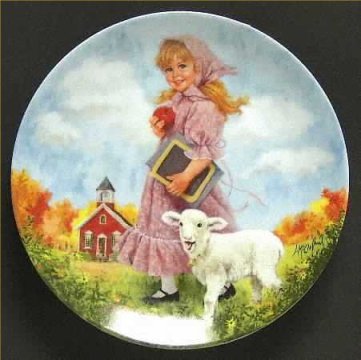 Mary had a big hippo.
Its teeth were white as snow.
And everywhere that Mary went
Hippo was sure to go.
It followed her to school one day
Which was against the rule.
It made the children run away
To see Hippo at school.
And so the teacher turned it out,
But still it lingered near,
Waiting impatiently about
Till Mary did appear.
“How can Hippo love Mary so?”
The frightened children cry.
“Why, Mary feeds Hippo, you know”
The teacher did reply.
–Dawn Cawthon Behrens

I live in Stillwater, Oklahoma, USA. I have three wonderful grandchildren. I am a teacher, writer, actor, singer. . . and whatever else I can manage.
View all posts by grandawn →
This entry was posted in Eccentrically Eclectic, Literature and tagged cover-up, hippo, Mary had a Little Lamb, nursery rhyme, poem, uncensored. Bookmark the permalink.

2 Responses to The Uncensored Truth about Mary’s Little Lamb